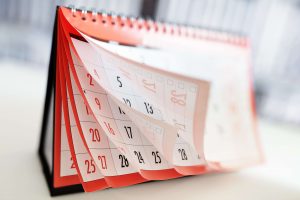 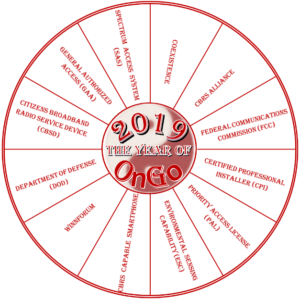 OnGo™ is a brand of the CBRS Alliance. It represents uncompromised wireless connectivity, enabled by spectrum sharing in the 3.5 GHz band. It was April 2015 when the Federal Communications Commission (FCC) adopted the Report and Order and Second Further Notice of Proposed Rulemaking, establishing a new Citizens Broadband Radio Service (CBRS) for shared wireless broadband use of the 3550-3700 MHz (3.5 GHz) band. For the new ecosystem to come together, numerous stakeholders needed to reach consensus on the rules of engagement, infrastructure components needed to be developed, and the band’s incumbent defense users needed to be absolutely sure that the commercialization of the spectrum would not pose a negative impact to their systems. The FCC and Department of Defense (DOD) closely scrutinized the new sharing concept and set strict rules and conditions before giving it their approvals. It has been nearly four years in the making. All the major components needed for the launch are now in place, and regulatory compliance milestones are in the final stages of completion. The stars are finally aligned!

Why are we so confident that OnGo will rule 2019? There are several reasons. OnGo unleashes a whopping 150 MHz of dynamically-shared spectrum for commercial use – to offer perspective, each major U.S. nationwide carrier holds about 130 MHz of mobile broadband spectrum on average (Source: Comsearch Spectrum Atlas). Out of the 150 MHz, at least 80 MHz will be available for General Authorized Access (GAA) use, which will come free and without requiring participation in nationwide spectrum auctions. For those wanting to maintain exclusive use of the frequencies in public spaces, 70 MHz will be available for bidding in the form of Priority Access License (PAL) auctions on a county level.

A feat like this has never been carried out in the history of the US wireless industry – or anywhere else in the world, for that matter. OnGo will revolutionize personal and business communications in ways we cannot fathom today. An estimated 80 percent of mobile traffic originates or terminates within a building. With the security, low latency and capacity advantages offered by OnGo supported technologies, and the ease of accessing the new spectrum, it’s not difficult to prophesize that major changes are in the cards.

The industry already has a long list of use cases lined up for OnGo. With the localized PAL licenses or free GAA licenses, the possibilities are endless. Neutral hosts can start closing the serious gap in cellular coverage seen in commercial buildings, MNOs and MVNOs will be able to accelerate densification outdoors, businesses will be able to securely communicate sensitive data within their facilities wirelessly, and things will take advantage of the CBRS spectrum for a plethora of Internet of Things (IoT) applications. The concept of wireless networks, as we have known it until now, is about to change. Every commercial building, outdoor commercial complex, university, port authority, airport, and smart city could potentially have their own wireless network. This will spur innovation and growth in the communications industry in ways even CBRS Alliance’s crystal ball cannot foresee.

The journey has not been easy, but the time has finally come. Final rulemaking around the use of the band has been completed by the FCC, there are already several OnGo-certified CBRS devices (CBSDs) on the market, SAS and ESC certifications by the Institute for Telecommunications Sciences are underway and mobile handset vendors are starting to include CBRS support in their roadmaps. Initial Commercial Deployment (ICD) of OnGo should begin this quarter. Numerous players from major wireless and cable service providers, to neutral host operators, to IoT solutions manufacturers are all planning to participate in a major way. The ICD period should last one or two months, and then full commercial service will begin.

Spectrum sharing is the lucky element that will bring good fortune and prosperity to the wireless industry. It is clear that 2019 is indeed the year of OnGo!