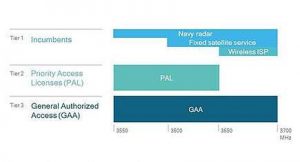 Last year, the FCC opened up 150 MHz of spectrum around the 3.5 GHz range in the U.S. and named it Citizens Broadband Radio Service or CBRS (not to be confused with the old CB radio). Hidden under that long name is a novel approach of making more spectrum available when, and where, it can be used. As spectrum is the lifeblood of wireless communication, the FCC’s move opens up new wireless opportunities, which, for consumers means new and better services.

To ensure we take full advantage of these new opportunities, a number of companies joined forces to create the CBRS Alliance. As of today, we are 29 members in the CBRS Alliance and growing. The focus of the CBRS Alliance is to support the commercialization of LTE-based solutions in this new CBRS spectrum in all aspects—from technology development and regulatory support, to product certification ensuring multi-vendor interoperability. We are very excited about the possibilities that CBRS presents and we believe that it will pave the way for innovative solutions that will shape the future of wireless. 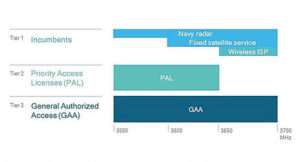 So, what is the new approach in CBRS? First, it enables new deployments to use spectrum while protecting usage by existing incumbents, such as the military or satellite communication. These new deployments are carefully managed to ensure they are not interrupting incumbents’ existing services. This is a powerful concept, since it can free up spectrum that would otherwise be locked up and not fully utilized.

It enables two kinds of new deployments: those that pay for a slice of the spectrum at a certain location (referred to as priority access license or PAL) and those that opportunistically use available spectrum (referred to as general authorized access or GAA). The addition of this ‘third-tier’ of general authorized deployments, where you are not required to pay for a license, means that users can employ this spectrum when it is not being used by the higher tiers. Of course, if there are multiple deployments in the same area, they will need to share the available spectrum with each other. The functionality of managing multiple deployments at three different priority tiers will require some additional control. To this end, the FCC has defined a Spectrum Access System (SAS) — a system that authorizes and manages use of spectrum for the CBRS. The Wireless Innovation Forum has already completed the necessary SAS interworking specifications.

So, what exciting things will CBRS enable? The availability of additional licenses (PAL) and the ability to deploy without a license (GAA) allows new kinds of deployments by more entities, both existing and new service providers. Actually, with CBRS, anyone can deploy a LTE network. For example, ‘private’ LTE networks enable a company to deploy a dedicated LTE network that is tailored to their services and managed by them, such as industrial IOT or vertical enterprise applications.

Another exciting example is the concept of ‘neutral host,’ in which a shared LTE deployment can serve subscribers from multiple service providers, offering capacity offload and extended indoor coverage. Such a solution makes sense in places where it is not feasible for each wireless operator to deploy its own equipment independently, for example in a sports stadium, an airport or a hotel. CBRS can also be leveraged by existing mobile operators for small-cell deployments to extend LTE coverage indoors or to boost data speeds.

CBRS is not limited to LTE-TDD operation. It can also be used for other LTE-based solutions such as LAA (Licensed Assisted Access) and MulteFire. But let’s not stop there — by enabling anyone to deploy their own LTE-based network, the sky is the limit, literally.

For more info about the CBRS Alliance, please visit www.cbrsalliance.com. I encourage you to take a closer look and if you want to help us work towards high-performance spectrum sharing, please join us.