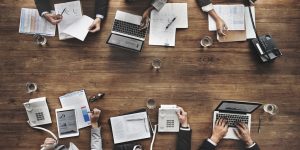 What a busy few months it has been – for both CBRS Alliance leadership and membership alike!  We hosted the OnGo™ commercial launch event in Washington D.C., with speakers from the FCC, DoD, NTIA, and many others, celebrating the start of Initial Commercial Deployment (ICD) of OnGo service. During the event, we also shared several real-world deployment videos showcasing customer benefits of OnGo solutions. We officially passed the critical milestone of Full Commercial Deployment (FCD) by the FCC. We announced new technical specifications that incorporate 3GPP’s 5G definitions and standards in the band, welcoming future OnGo 5G deployments. Finally, we opened nominations for the 2020 OnGo Awards, an initiative recognizing innovations in delivering OnGo to real-world end-users and highlighting the market impact of shared spectrum in the band.

To showcase the tremendous momentum we have gained the last 12-months, as well as to look ahead to second half 2020 priorities, the CBRS Alliance hosted the first-ever virtual All-Member Meeting from April 27-30, 2020. While we did not meet in-person in Philadelphia, to keep our members safe in light of social distancing requirements, we brought our members together virtually to do the important work of the CBRS Alliance. We welcomed on average 210 attendees during the variety of virtual sessions!

A meeting lineup of presentations given by Alliance leadership and key government stakeholders recapped the groundbreaking milestones accomplished over the last few months. The industry forecast presentation highlighted the opportunities that OnGo will enable in the near future, such as deployments to serve vertical-specific challenges as well as how OnGo deployments will evolve with the introduction of 5G. Additionally, the presentation shared an overview of the 5G Roadmap and the NTIA Report on 3450-3550 MHz.

During the event, we announced the winners of the Outstanding Award for Service in Spectrum Sharing, a program created to acknowledge key stakeholders for visionary leadership and continuous support of spectrum sharing. We presented the accolade to United States Department of Defense’s Deputy CIO for C3, Frederick D. Moorefield Jr., and Deputy Director for EMS Operations, Thomas Taylor, for their astounding efforts and collaboration to ensure mission-critical operations would be protected while enabling new commercial use of the 3.5 GHz band.

Additionally, we announced the winners of the CBRS Alliance 2020 Service Awards:

We also acknowledged the service of outgoing board members and held elections for new board roles. The Alliance Full Membership elected Youssef Abdelilah of American Tower to represent them on the Board of Directors. Youssef brings over 25 years of wireless experience, holds 19 US patents in the field, and has been active in the Alliance since its inception. We also announced Oren Binder as the new Marketing Director of the Alliance. Oren comes from member Ruckus Networks (now part of CommScope), where he served as the Director of LTE Product Marketing. Oren has been active within the Alliance for many years, previously serving as Chair of the Marketing Working Group.

Thank you to everyone who joined our virtual sessions. While the year has started in a challenging way, I’m excited and gratified by the momentum that we have gained and maintained in these last few months.   The future for OnGo and the CBRS Alliance is bright and we look forward to another productive and successful year!