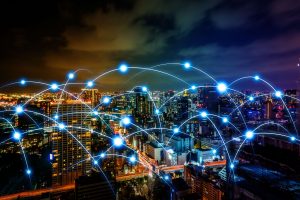 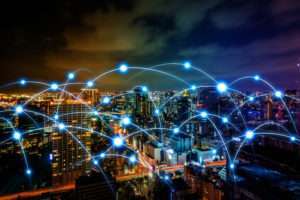 Since 2016, the CBRS Alliance has worked to support the commercial deployment of LTE solutions in the 3.5 GHz band, and in the last six months we’ve passed a number of important milestones – demonstrating significant progress towards our goal. From the launch of the OnGo brand and certification program, to the commencement of SAS and ESC testing by ITS, the announcement of the FCC’s “initial commercial deployment” process, and the recent announcement of the ESC registration process, we have been advancing on all fronts. Very significantly, a number of our radio access network OEM members like Ericsson, Nokia, Ruckus Networks, and Sercomm successfully achieved equipment authorizations from the FCC for their small cells in the 3.5 GHz band, and were the first to receive OnGo Certification from the Alliance. This was followed by the recent announcement of the first FCC authorized CBRS end user device in the form of a Sierra Wireless client module. The pieces are all coming together to support commercial services as soon as the first wave of SASs successfully complete their testing.

We witnessed another historic milestone on Nov. 2 when the FCC released a progress report to Congress on its work to open the 3.5 GHz band for CBRS services. Overall, it was a very encouraging report, and the FCC stated that it is “confident and excited” about the 3.5 GHz band and the use of dynamic techniques to enable spectrum sharing for incumbent, priority access and general authorized use. The FCC also noted that it has granted conditional approval for six (6) SAS Administrators and four (4) ESC operators and pointed out some of the milestones notes above, specifically that lab testing has already started, and that certified radio equipment is now available.

This report also highlights the unprecedented collaboration between the federal agencies, particularly DoD, and industry to reach this point. The FCC, NTIA, ITS, and DoD, along with the more than 110 members of the CBRS Alliance and WinnForum, have come together to make the commercialization of the 3.5 GHz band a reality. The FCC notes that the “excellent” level of communication and cooperation that has taken place throughout the CBRS initiative played a key role in encouraging new investment and fostering new commercial usage of this spectrum.

Like the FCC, we’re excited to see the breadth of opportunity and economic impact of OnGo come to fruition. With the first commercial deployments slated for early 2019, we’ll be working closely with the SAS administrators, ESC operators, equipment manufacturers, service providers and end users to ready the market and lay a strong foundation for future growth. I’d like to thank every one of our members, the WInnForum, and our federal agency partners for working diligently and collaboratively to accomplish the milestones detailed in the FCC’s report. It’s now time for the final team push to get us across the proverbial finish line to commercial service.