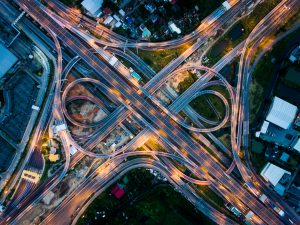 Last week, Samsung announced the release of the Galaxy S10 family and its stated support for CBRS/Band 48. LG also announced the release of the G8 ThinQ supporting Band 48, and Motorola is expected to make a similar announcement this week at MWC Barcelona. We want to congratulate Samsung, along with all the organizations and government entities who came together to make this a reality. This includes, but is certainly not limited to, the FCC, NTIA, Department of Defense, WInnForum, and of course the nearly 120 member companies of the CBRS Alliance.  This announcement is a part of a growing wave of information regarding Band 48 support among user devices.  The bright future of a diverse assortment of options available to support OnGo™ deployments is now dawning.

Since 2016, the CBRS Alliance has worked to support the commercial deployment of LTE solutions in the 3.5 GHz band. In that time, we’ve been working tirelessly to create the infrastructure to support operations in the band, and this marks yet another key milestone. The availability of CBRS-enabled mobile handsets represents the beginning of consumer adoption of the next generation of wireless technology. People will soon have access to ever greater amounts of spectrum, allowing for more robust cellular connectivity with a better overall user experience.

From the development of technical standards for LTE operations in the band and raising market awareness of potential applications, to the launch of the OnGo brand and certification program, and now to the first mobile handsets available for consumer use, the CBRS Alliance has been involved every step of the way. But the amount of collaboration that goes into such an industry-wide effort cannot be overstated – from equipment vendors and wireless carriers, to testing facilities and standards organizations, it’s been a coordinated mission of organizations and people dedicated to innovation in Band 48 that allowed us to reach this point.

Since its formation, the Alliance has been working closely with the wireless industry to take this band of underutilized spectrum mainstream. With the FCC final rulemaking completed around the use of the band, several OnGo-certified CBSDs already on the market, and SAS and ESC authorizations underway, the launch of the first group of mobile handsets with support for Band 48, including offerings from Samsung, Google, LG, Motorola and others, now completes the ecosystem of devices needed to support general access to the 3.5 GHz band. Full commercialization is within sight, and we cannot wait to see what else 2019 has in store.