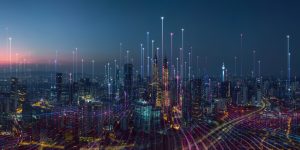 It’s an exciting time in the wireless industry! For the past thirty years, the mobile/wireless market has been controlled by a few mobile operators in each country. Spectrum was viewed as a precious commodity that was only bequeathed to big companies by faceless government officials.

Things have been moving along quickly. The FCC has approved Full Commercial Deployment recently, and we’re tracking five different stakeholder groups that are already investing heavily in OnGo business plans. The Priority Access License (PAL) auction in June, 2020 will be exciting, as we expect strong participation from private enterprises and other companies in competition with operators. Additionally, we’re predicting deployment of at least one million small cells over the next 5 years, along with rapid growth to over $1B in service revenues.

So, 2020 is a big year for OnGo! It’s the start of a completely new business model for wireless communications, and it’s probably not an exaggeration to say that OnGo will reshape the way that spectrum is used for the next 100 years.

To highlight the success and momentum in the market, I’m pleased to announce the OnGo Awards for 2020. Together with the other OnGo judges, we have set up nine different categories for the awards, and we are expecting to see some surprising and creative entries related to OnGo products, services, and business model innovation.   In each case, we plan to score the entries based on level of creativity, impact on the market, and the benefits for customers.

If you’re doing something cool with the CBRS band, submit an application in March 2020! The categories for submission include:

This is the first year for the OnGo awards, but the excitement surrounding new business ventures has been overwhelming. The scope of the Initial Commercial Deployment over the last four months has made the momentum obvious, and the recent release of Full Commercial Deployment has started to open up bigger investments.

Get on board! And get ready to OnGo!