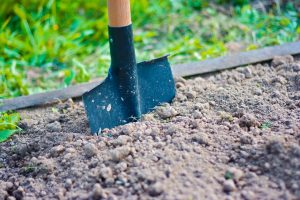 With commercial service rapidly approaching, the OnGo™ ecosystem is poised and ready to launch into the world. At the recent Silicon Valley Lunch-and-Learn hosted by Google, Mark Gorenberg, founder of Zetta Venture Partners and former member of the President’s Council on Science and Technology (PCAST) during the Obama administration, provided unique perspective into how far the concept of shared spectrum has come in such a short time.

Mark brought the nearly 100 attendees back to the beginning of the “innovation band” as it was then known. In 2011, the President’s Council of Advisors on Science and Technology (PCAST) kicked off a study which marked the true start of exploring a unique model of sharing spectrum – a departure from the owned or licensed spectrum model that had been in place for decades. Issued in 2012, the report was titled “Realizing the Full Potential of Government-Held Spectrum to Spur Economic Growth.” Some of the contributors of this report are counted among the “creators” of this shared spectrum approach and attended the Lunch-and-Learn, including Dr. Preston Marshall, current CBRS Alliance Board Member and Principal Wireless Architect at Google, and Milo Medin, Vice President of Wireless Services at Google.

Following the report, a presidential memorandum issued in 2013 gave the FCC a mandate to pursue use of the 3.5 GHz band using this shared spectrum approach. Existing incumbent users of the band, primarily the U.S. Navy, would continue using it and a technology would be developed to protect that usage, while making the unused spectrum available to businesses and the general public.

After significant investigation, debate and public comment, in 2016 the FCC issued rules for the CBRS band, outlining three tiers of usage: Federal Incumbents, Priority Access (to be made available through a spectrum auction), and General Access. The FCC charged the wireless ecosystem with the monumental task of building consensus and market awareness for this opportunity. The CBRS Alliance was formed in 2016 to spearhead that work of developing technology standards critical to effective, seamless operation in the band, while bringing together more than 100 businesses that are developing products and solutions to support use of the spectrum.

Milo Medin brought this body of work into perspective. The average time it takes for the FCC to identify spectrum and make it available to the public is 13 years – and the CBRS effort is just at six years. Explaining Google’s interest and focus on CBRS – the drive to create “abundance” in available spectrum and “choice” for connectivity options, Medin’s team showcased the Google Pixel 3, a handset with band 48 support. Hearing the story of CBRS from idea to holding an actual handset gives perspective on truly how far we’ve come in the last six years.

With commercial service so close at hand, the thousands of people driving the ideas, policies, technologies, products and services to take advantage of OnGo will soon see their work impact millions.