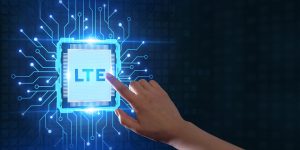 Now that the dust has fully settled on MWC Las Vegas, and the new year will be here in the blink of an eye, we thought we’d share an overview of our activities and observations from the show, and what we think it reveals for the future.

The OnGo Alliance hosted a pavilion at MWC, and our members brought their technologies and expertise to one location for attendees to learn about how CBRS is gaining great momentum across the country. The Alliance announced new statistics that illustrate that growth including new milestones for the CBRS ecosystem with 270K CBRS devices deployed as of today, 490+ different types of client devices (EUDs) in the field, more than 4,300 certified installers, and we established a new Alliance membership tier for implementors.

We also co-hosted a very well-attended Private Wireless Networks Summit, discussing with an engaged audience of many conference attendees how CBRS-powered private, fixed wireless, and neutral host networks are being implemented across a host of vertical markets throughout the US, and are gaining adoption with airports, stadiums, K-12 school districts, WISPs, Mobile Operators, and municipalities.

Our conversations on the show floor and at the Summit revealed interesting trends:

Several of our members announced exciting news that they delivered at the show, running the gamut from new customers to new CBRS deployments:

The variety of CBRS demos showcased by members at MWC LV, and the interest shown in members’ pods revealed just how impactful CBRS is becoming. Based on the deployment announcements made by members, conversations had on the show floor, and the focus of several panel discussions, we expect to see a merry and bright new year for the CBRS ecosystem.