From siting to spectrum, CTIA revels in banner year 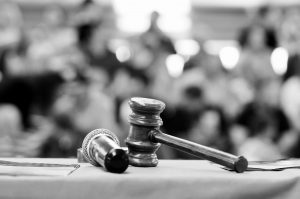 It looks as though 2018 has been a banner year for CTIA, the U.S. wireless industry’s largest trade association.

The FCC removed barriers to wireless infrastructure deployment and established shot clocks for small wireless facilities. That was in addition to excluding small cells from some of the federal review procedures designed for larger, 200-foot towers. Granted, many cities are coordinating their opposition to infrastructure rules from the feds, contending that they should be the ones in charge of how local small cell deployments are handled. But CTIA called on the FCC for infrastructure reform, and that’s what it got.

It also wanted more spectrum. At the beginning of 2018, there were no new auctions scheduled. By the end of the year, the 28 GHz auction is well underway and the 24 GHz auction will son follow. Combined with the 37, 39 and 47 GHz auction due to start in the second half of 2019, these auctions are freeing up more spectrum than is currently used to provide terrestrial mobile broadband by all the service providers combined. That’s a lot of spectrum in the pipeline – more than ever in recent memory.