Lessons learned from CBRS should be applied to other bands: Federated 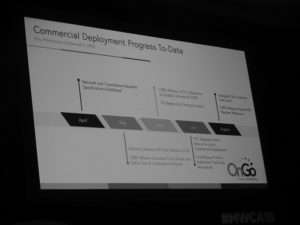 Federated Wireless, which made a name for itself preparing to serve as a Spectrum Access System (SAS) administrator for the 3.5 GHz Citizens Broadband Radio Service (CBRS) band, believes there are plenty of other spectrum bands that are ideal candidates for spectrum sharing.

Its suggestions are worth noting, because in the early days when the 3.5 GHz CBRS band was first being developed in the U.S., stakeholders said the unique spectrum sharing model could be applied to other bands should it prove successful. Whether it proves successful is yet to be seen; it’s poised for commercial lift-off in a portion of the band by year’s end, although by the CBRS Alliance’s count, it’s already established itself as a successful undertaking.