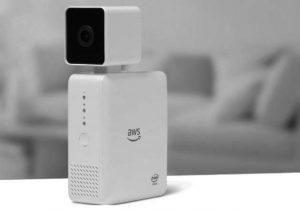 A workshop demonstration planned for this week for the Amazon Web Services (AWS) re:Invent conference aims to illustrate some of the use cases that could become possible using private LTE networks operating in the CBRS spectrum band to support the Internet of Things (IoT). The demo will be underpinned by an integrated platform that uses technology from Federated Wireless, Ruckus Wireless, Athonet and AWS. Potential IoT use cases for CBRS private LTE could include wide area surveillance, remote data transfer, critical communications and others.

We talked to Federated Wireless CEO Iyad Tarazi about the demo, which will give over 100 developers the opportunity to connect DeepLens cameras from AWS to a CBRS private LTE network and explore the deep learning capabilities provided by the DeepLens technology, which is supported by the Amazon cloud. Tarazi noted that the platform also could support other IoT applications that might not involved cameras and that all the partners also are pursuing integrations with other partners’ competitors.

“We want to enable as big an ecosystem as possible,” he said.