Notes from the Path to Deployment: ESC Testing & Certification 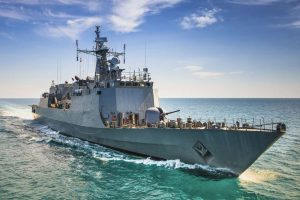 Commercial deployment of the CBRS band is within sight. In October, the CBRS Alliance hosted its quarterly All-Member Meeting and provided an update on the progress made toward commercialization of LTE solutions in the 3.5 GHz band. Another important step in that process is now underway: The National Telecommunications and Information Administration (NTIA), in conjunction with the FCC, has begun testing Environmental Sensing Capability (ESC) – a critical element of the unique spectrum-sharing architecture.

Today the 3.5 GHz band is used primarily by the U.S. Department of Defense (DoD) for shipborne radars, but at any given moment only a small fraction of available spectrum is being utilized. While the FCC and industry work to open the spectrum up for broader use by the wireless industry, the DoD will still utilize the band on a primary basis for its operations. To ensure that DoD radar activity is protected from interference by CBRS users, ESC networks are being developed and readied for deployment along the country’s coastal areas. When an ESC sensor detects a federal radar transmission, it informs the Spectrum Access System (SAS), which activates a protection zone and dynamically reallocates users in the area to other parts of the band. This not only protects incumbent users of the band, but also assures high availability of CBRS spectrum across coastal areas, where more than 50 percent of U.S. residents live.

With lab testing nearing completion, ESC operators are well on their way to achieving FCC certification. In fact, in a recent report to congress, the FCC noted that it has granted conditional approval for four ESC operators, which is a first step to certification. The second step—lab testing of ESC sensors by the NTIA’s Institute for Telecommunications Sciences (ITS)—is currently underway, with the governmental agencies working hand-in-hand with ESC operators to test the ESC sensors’ ability to detect and declare the presence of radar signals under different scenarios. Early word is that testing is proceeding well, and the ESC operators hope that initial deployments will begin in early 2019.

The CBRS Alliance applauds the efforts of NTIA-ITS in designing and implementing a thorough and smoothly-functioning certification roadmap of ESC systems, and we’re looking forward to successful ESC deployments in early 2019.