Notes from the Path to Deployment: SAS Testing & Certification 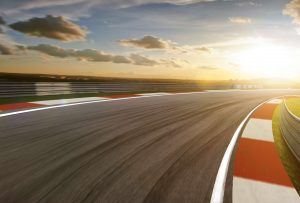 As we race to the end of 2018, the milestones on the path to commercial deployment for OnGo and the 3.5 GHz band keep coming. In late 2016, the FCC has granted conditional approval for six Spectrum Access System (SAS) Administrators to manage access to the band. Since then, industry has been busy developing the requirements for SAS operation as well as developing and trialing these systems. The next phase in the approval process – SAS lab testing by the Institute for Telecommunications Sciences (ITS), the engineering arm of NTIA, – is now underway, a crucial step in the path toward commercialization. 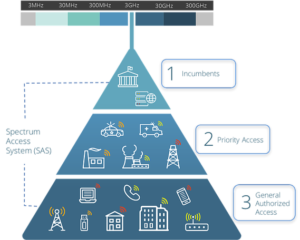 In a previous blog post, I went into detail about the SAS and why it’s critical for successful deployments in the 3.5 GHz band. In summary, the SAS is an advanced, highly-automated radio spectrum coordinator that brings the three-tier sharing of CBRS to life. The SAS is tasked with protecting the higher tier users from harmful interference and assures efficient use of the 3.5 GHz band for everyone. The SAS is informed by Environmental Sensing Capability (ESC) sensors, and, through a series of sophisticated algorithms, ensures that FCC rules are always enforced while giving maximum commercial access to available spectrum.

NTIA-ITS is not only working closely with the SAS Administrators, but also with the FCC, Department of Defense, National Institute of Standards, CBRS Alliance, WInnForum, and other industry stakeholders to prove that these systems are fully functional and ready for Initial Commercial Deployment (ICD) in early 2019. The lab testing program is remarkably thorough – not only is NTIA-ITS testing the basic functionality of the systems, but also their ability to protect spectrum incumbents, such as the U.S. Navy. The tests also emulate real world deployment scenarios to ensure the systems can fulfill the dynamic protection requirements that the CBRS band demands. For example, the system may be asked to perform as it would in the New York City metro region where tens of thousands of CBSDs will be active and the SAS will be expected to protect incumbents and manage the spectrum allocations among them.

So how are we progressing toward ICD? Frankly, the pre-launch checklist doesn’t have very many boxes left to check. SAS lab testing and ESC lab testing are underway, devices are advancing through the certification process, and the FCC has stated that it is “confident and excited” about the 3.5 GHz band and the use of dynamic techniques to enable spectrum sharing. All of these components emphasize the trust building between organizations involved in the commercialization of OnGo.

There’s been an unprecedented amount of collaboration to get us to where we are today. NTIA-ITS has shown itself to not only be extremely competent in evaluating SAS capabilities throughout the pre-test and testing process, but also to be an enormously dedicated team. We know for a fact that the testing team at NTIA-ITS was in the lab working through the Thanksgiving holiday – a testament to their dedication and partnership with the industry ecosystem advocating for OnGo availability. Together, we’ll reach the finish line for ICD – and soon!