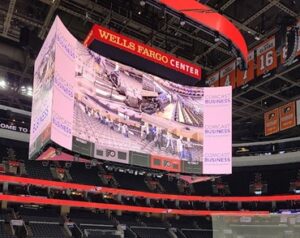 It had been more than 2 years; 817 DAYS to be precise, since our last in-person members meeting.

In those 2+ years we’ve had 77 new companies join the Alliance; we are now 181 members strong.

The week started off with member deployment stories: Betacom’s EVP of Business Development, Brian Watkins, walked us through their pilot private network deployment at Dallas/Fort Worth International Airport where they are utilizing CBRS for baggage scanning, resulting in 100% uptime & 22% improvement in aircraft turnaround time! This is just one of the many examples of CBRS networks now being deployed in large venues.

Telrad’s VP of Sales, Alex Freylekhman, then gave an overview of their AtLink deployment: a large-scale fixed wireless CBRS deployment across several hundred miles of AtLink’s service area in central Oklahoma, bringing transformative broadband service to formerly underserved areas. The equipment consisted of 5,000 CPEs and approximately 200 base stations. CBRS has already been invaluable in bridging the digital divide, but this is really just the beginning.

The first day’s session continued with a panel featuring Alliance spectrum policy experts Dave Wright, Andy Clegg and Mark Gibson. This expert panel took us through both the US and international developments in spectrum sharing. Monday evening we all went for dinner at the Wells Fargo Center – the impressive stadium of the Philadelphia 76ers and Philadelphia Flyers. We got to hear from our gracious hosts at Comcast about their exciting CBRS installation there, toured the venue and experienced some of the use cases ourselves. The highlight of the tour was Comcast employees streaming the Alliance attendees live onto the huge Kinetic 4K jumbotron over CBRS. It was great to hear – and see! – the positive feedback on the performance of this private network.

On Tuesday morning it was time for our Industry Update session. It started off with a keynote from Comcast’s Samian Kaur, Executive Director of the 5G Wireless Engineering team. We heard firsthand about Comcast’s CBRS initiatives with Private 5G and other use cases. Samian covered the lessons learned and necessary points of emphasis going forward to ensure the success of the projected CBRS deployments at a large scale.

After the keynote we moved into a deployment panel discussion. Samian was joined by Jerry Gard, OnGo Alliance Board member and Director of Engineering for Motorola Solutions, and Mike Owen, CTO of BearCom. They shared their experiences from recent CBRS deployments and answered questions from the audience.

It was time to roll up our sleeves as we divided into the smaller working group sessions. The Technical, Deployment, Test & Certification, Business, and Marketing working groups were happy to get work done in-person after all this time.

Wednesday kicked off with our General Business Session. We had 10 new member representatives get on stage one by one and introduce themselves. It was great to hear from the broad scope of new members: General Electric, VMware, Winncom Technologies, Imagine Wireless, Munisite Networks, QCT, EDX wireless, ATDI, QUCELL, and DGS.

Next it was time for our Alliance internal awards. We have a lot of people volunteering their time towards the success of OnGo, and once a year we acknowledge some of those who stood out. Congratulations to Naotaka Sato-san from Sony, George Aguilera from Crown Castle, Dave Gurney from Motorola Solutions, Daniel Quant from MultiTech, Andy Clegg from Google, and Mark Gibson from CommScope!

After more working group sessions later that day we attended a Flyers hockey game at Wells Fargo Arena. While they did lose (to the NY Rangers…) it was a fun night, and we were happy to have an area to ourselves to eat, drink, get to know each other better and, of course, experience some of the CBRS use cases live together

All-in-all it really was a good week of work, play, a lot of networking and catching up. Looking forward to seeing everyone in San Diego again soon!