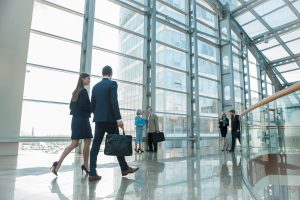 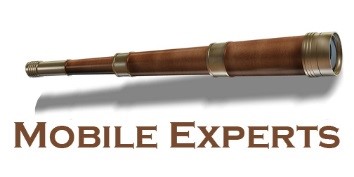 It is cliché to state that wireless is all around us today.  From smartphones in people’s hands to IoT sensors within buildings and retail shops for building automation and e-commerce, wireless is impacting many facets of our lives at home and work.  As operators aim to continuously meet consumer expectation for faster speeds and response times on current and future apps, they are looking to harness the latest 5G capabilities, and of course, more spectrum to increase network capacity.  The need for more spectrum has now expanded the wireless spectrum frontier well beyond the sub-3GHz mark to the mid C-band and the millimeter wave bands.  Researchers are now talking about Terahertz for mobile communications!

Of course, the need for spectrum is not confined to mobile operators.  At enterprises, the unlicensed spectrum in the 2.4GHz and 5GHz bands have been “workhorses” for many years.  As the wireless use cases have expanded beyond simple wireless data connectivity into smart factories, IoT, and other applications that require more stringent requirements, some enterprises are also looking toward OnGo™, in addition to Wi-Fi, to harness the new CBRS spectrum and the advantages of reliability, security, and mobility brought by LTE.

In a new white paper, Mobile Experts analyzed the total cost of ownership cost models of deploying a wireless network in a mid-size building with Wi-Fi and OnGo for private wireless and in-building cellular applications.  The comparative analyses show that OnGo is slightly higher cost than Wi-Fi, but offers additional advantages for business-critical applications that demand higher reliability, security, and mobility that LTE-based OnGo can provide.  Meanwhile, OnGo also brings a lower cost and faster deployment model than DAS for in-building cellular services, with operator support.

It is clear that each technology addresses different aspects of the “cost-performance-application” matrix.  While Wi-Fi is considered a low-cost indoor wireless solution in most general wireless data connectivity applications, it is generally not a substitute for public indoor voice communications networks.  OnGo will augment the capabilities of Wi-Fi networks by enabling additional private LTE applications in the near term and public LTE and 5G services indoor for the future with operator support.

Today and in the future, heterogeneous networks will dominate indoor environments as they do today in outdoor public networks.  Enterprises should consider OnGo as an addition to an existing Wi-Fi network to enable new private LTE services for business-critical applications. The need for diverse use cases will expand indoors, and OnGo is an additional tool in the toolbox of enterprises and venue owners as they expand their wireless network capabilities.