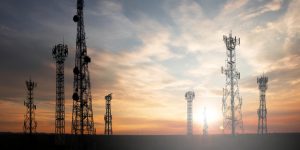 FCC Auction 105 for CBRS Priority Access Licenses (PALs) concluded with $4.58B in gross proceeds. With another critical milestone behind us, it is time to look at what’s next for CBRS. For example, how and when can licensees put their newly acquired spectrum to use? How will PAL users impact GAA users? These questions and more were explored during a recent conversation between Oren Binder of the OnGo Alliance and Rashid Bhatti, Director of SAS Business Development at CommScope. Specifically, the two discussed  the timeline to commercial PAL enablement and how organizations can put their PAL to use.

Oren Binder: In a few sentences, could you provide some background on what PAL is and how it fits within the CBRS spectrum sharing model?

Rashid Bhatti: PAL, short for Priority Access License, is one of the three tiers of users in CBRS. PAL users of the CBRS band  are lower priority than tier-1 incumbents such as the Department of Defense but are higher priority than  General Authorized Access (GAA) users. The idea behind PAL is to provide a mechanism that allows interested parties to get priority access to the spectrum by purchasing licenses from the FCC. Out of the total 150 MHz of the CBRS band, up to 70 MHz can be allocated to the PAL users. The remaining 80 MHz is reserved for the GAA users. This shared spectrum approach allows both types of users to utilize the spectrum more effectively.

OB: When can we expect the first PAL deployments?

RB: PAL winners can start utilizing their licenses beginning April 15, 2021, provided the FCC and the SAS administrators deliver on the following key milestones:

OB: What is the role of SAS in PAL channel assignment?

RB: Every Citizens Broadcast Radio Service Device (CBSD) must register with a Spectrum Access System (SAS) before it can start transmitting. SAS plays a crucial role in the implementation of PAL channels as well. Some of the tasks performed by the SAS include:

OB: Let’s talk about the secondary PAL market – who is this for, and what level of service can they expect to get?

RB: CBRS users who wish to take advantage of PAL channels, but were unable to participate in the auction, or participated but were outbid, can lease channels from PAL holders as part of the secondary market provisions permitted by the FCC. Once a lessee has a commercial relationship in place with a license holder, they will be able to use their leased PAL channel(s), and they will enjoy the same rights and protections as the entities owning PAL channels. Since PAL licenses were auctioned on large county-based areas, one primary advantage of obtaining PAL channels in the secondary market is that one can lease channels only in the immediate area where they need the spectrum, instead of the entire county. For example, a stadium could lease PAL channels for the area surrounding just the stadium, which should be far more cost-effective than holding the entire county’s license.

OB: Could you explain the impact of PAL users on GAA users?

RB: Although PAL users are protected from harmful interference from GAA users, PAL commercial enablement does not mean that PAL users receive any form of priority in usage of the GAA channels. A larger portion of the CBRS band, 80 MHz out of the total 150 MHz, is reserved for GAA, and this part of the band will continue to be available to all commercial users. Moreover, in the event of a Dynamic Protection Area (DPA)* becoming active, PAL users from a suspended  PAL channel are not assigned a new PAL channel from the available GAA channels. The GAA channels would remain unaffected in such an event. The impacted PAL users could be moved to an available GAA channel until the suspended PAL channel becomes available again.

*To protect the US Military ship-borne radars, the government has divided the US coastline into Dynamic Protection Areas. These are regions that extend roughly 200 Km from the coast. Environmental Sensing Capability (ESC) sensors are installed along the coast and detect the presence of any ship-borne radar. If the ESC detects radar use, the SAS will activate the DPA for the frequency being used by the radar. CBSDs that are determined to cause interference to the radar incumbent are reconfigured to eliminate the interference.